Coastline off the Philippines. Image courtesy of Goh Guo-Hua.

Singaporean photographer and travel writer Goh Guo-Hua joins us for a guest post that explains (from experience) the highs and lows of flying drones in Southeast Asia for fun and profit. The photos here represent part of “Golden Goh”’s aerial photography in Southeast Asia – you can see his writing (and photography) at Asia361. Follow Jeremy’s work at Trippin’ Creatives website, or visit their social media profiles on Facebook, Twitter, Instagram and Youtube.

There’s a real buzz when it comes to documenting that around-the-world trip or gap year, and most likely, that droning noise comes from, well, a drone.

Whether it is a tiny “selfie” drone or a more professional model, drones and their resulting images make a strong visual impact. Take one to a region like Southeast Asia, with its diverse nations, unique architecture and stunning landscapes – and it would be difficult not to return home with stunning images.

And there simply isn’t anything like travel video without a tastefully shot aerial sequence. (Check out these videos we captured of some of Southeast Asia’s most majestic mountains – the Philippines’ Mount Pinatubo and Indonesia’s Gunung Rinjani.)

As a new hobby amongst travellers, the laws in South East Asia are constantly evolving, and can quickly change. However, keeping yourself up to date, adhering to the basics of safe drone flight and being respectful of local conditions will keep you and your drone out of trouble.

Barely four years ago, the very first commercially available drones made an appearance on retail shelves. They were unwieldy, had to be fitted with a separately purchased camera, and were limited in its capabilities.

Today’s technologically advanced models can stay in the air for half an hour, can fly in excess of 65 kilometers per hour, and can even remotely pilot themselves!

If all these sound scary (yet exciting) to a drone enthusiast, imagine how they sound to tech-averse authorities. Many countries have since enacted guidelines on how to safely and considerately operate drones – with rules that differ vastly from country to country.

Whatever the situation, there is a set of common rules that form the basis of each country’s drone laws. Stick to these, and any drone flyer can expect little or no interference from the authorities.

Drones more than two kilograms to seven kilograms, depending on country, in weight cannot be flown without special permission.

Thailand is a land of spellbinding scenery. From verdant mountains to dramatic limestone islands jutting from the sea, this is one country where the visual rewards are worth a pirate’s plunder.

The rules in this country fall the conservative side. You will need to register your done with the Civil Aviation Authority of Thailand (CAAT), if it is capable of recording photos or video.

Drones are have to keep a minimum distance of nine kilometers from an airport, have an altitude cap of 90 meters, and only machines not more than two kilograms in weight are exempted from obtaining additional special permission.

With its distinctive culture, Myanmar is another gem of Indochina. Having opened its doors to mass tourism barely five years ago, drone laws have yet to be firmed up but are looking to get stricter.

Imports of the devices for domestic sale have been controlled since 2015 but, tourists have mostly been able to bring in and fly their drones. Do note that some tourists have been randomly halted from bringing in their drones, and have to deposit their machines at the airport for collection upon departure.

Otherwise, ancient historical sites like Bagan, Mrauk U and other impressive collection of pagodas across the country make for an otherworldly view of this beautiful nation.

A mountainous country, Laos is home to remote hilltop villages and hilltribes. It is also one of the last few communist regimes left.

Consequently, the bureaucracy of having to register your drone and receiving permission to fly is an unavoidable hassle. The world famous site, Luang Prabang, is out of bounds for drone flyers; separate applications need to be made with the tourism authority.

(Pro tip: if you have a permit, the majestic temple complex, Wat Phu will not disappoint.)

Vietnam also requires a pilot to register his drone although; it is a relatively straightforward procedure that usually comes through after a fortnight.

The military controls many aspects of national security and this includes aviation. Officially, a list of all flights needs to be reported and requested for.

In contrast, Cambodia is comparatively more relaxed. In addition to the usual commonsense rules, flights in the capital, Phnom Penh, and the Angkorean city, Siem Reap, are no-fly zones. This is due to the concentration of government buildings in the former and the proximity of the airport in the latter.

Additionally, the Apsara Authority – the government body that oversees the upkeep of the country’s antiquities, prohibits flights in Angkorian sites close to Siem Reap. These include Koh Ker and Banteay Srei. Otherwise, the rest of the country is relatively free from restrictions.

Flying Drones in the Philippines & Indonesia

All it takes to fly in the Philippines is a quick email to the Civil Aviation Authority of the Philippines and permission will be granted within two to four weeks. With the vast number of volcanic peaks, idyllic islands and sandy beaches, there is no shortage of picturesque places.

Indonesia is a drone flyer’s dream destination. An absence of unnecessary restrictions and beautiful vistas make this a prime destination.

In Indonesia, respect and observance of local commonsense regulations apply. For example, refrain from flying over the famous Hindu temples in Bali, such as Uluwatu and Tanah Lot. It is considered disrespectful, and as private complexes, the owner of the land gets to call the shots.

Malaysia recently tightened its relevant drone laws, officially codifying the laws that govern all flights. Fortunately, these are sensible and do not stray far from the basics.

Aside from this, it is relatively relaxed, requiring special permits for drones above 20 kilograms and allowing a maximum altitude of 120 meters and flights at least five kilometers away from an airport. The capital, Kuala Lumpur is for understandable reasons, largely a no-fly-zone. This is especially so in the vicinity of the Petronas Twin Towers, the most visually captivating reason to take a drone to the skies.

Singapore, famously known for all sorts of laws, surprisingly falls low on the scale of drone flying restrictiveness. Aside from the usual distance that one needs to maintain from airports, there are few curbs to flying a drone recreationally. 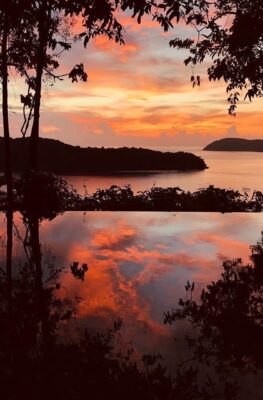 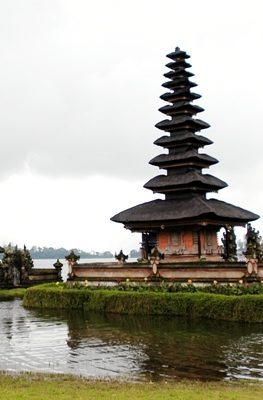 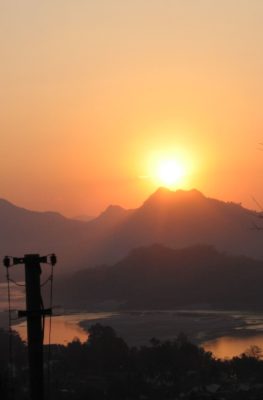