The Europeans who steadily took over Southeast Asia in the 16th century were only the most recent in two millennia of foreign influences.

The Spanish, Dutch, Portuguese and British colonists overlaid the culture and values of the West onto a rich, existing local ethos that had already absorbed influences from India and China. Instead of replacing its predecessors altogether, European culture only managed to become another ingredient in the local cultural stew – the most recent example of Southeast Asian cultures’ genius at appropriation and assimilation.

Visit Southeast Asia’s present-day capitals, and you’ll find these influences at full force. Today’s capitals tended to be the colonial era’s busiest ports and most loyal political centres. European governors-general, resident advisers and governors ruled from these cities: parts were transformed wholesale into replicas of grand European cities, some of which still stand today.

The city of Ha Noi in Viet Nam was already hundreds of years old before the French bulldozed parts of the city to build their administrative capital. Ba Dinh Square – where President Ho Chi Minh was eventually laid to rest in the stark mausoleum that now bears his name – is also the location of the Presidential Palace, a yellow Beaux-Arts edifice where the French Governor-General ruled over Indochina.

The Cambodia city of Battambang also enjoyed the patronage of the French, who saw fit to transform its sleepy streets into a European metropolis, reflecting architectural trends in the early 20th century. Particularly noteworthy are its government buildings (the Governor’s Palace and the courthouse among them), the riverfront blocks near St. 1 south of Phsar Nat, and St. 3 located east of the train station.

Indonesia, particularly the island of Java, saw the gradual encroachment of the Dutch into local kingdoms in the 16th century. The Dutch erected replicas of their own cities around Java, most notably in Jakarta, formerly called “Batavia” under Dutch rule.

Batavia’s Fatahillah Square was once surrounded by Dutch-style canals… until the Dutch realized that the stagnant canal waters bred mosquitoes that spread malaria! While the canals have long been filled in, the Square’s old buildings remain: some in a state of ruin, with others undergoing adaptive reuse as museums. The Jakarta History Museum overlooking the square is a great example of the latter, located in what used to be Jakarta City Hall.

The Malaysia cities of Penang and Melaka were both part of the British Straits Settlements; the latter changed hands between the Portuguese and the Dutch before the British took over, and the colonial musical chairs can still be seen in the Dutch-influenced Stadthuis and the Portuguese Kristang people who live in Melaka today. Penang was the Straits Settlements’ busiest port in Malaya, with George Town as its political, business and cultural capital.

Both cities retain “Streets of Harmony”, or areas where the main houses of worship were gathered on a single street. And both cities share recognition as UNESCO World Heritage sites, in homage to the centuries of history that played out in both cities’ streets and coasts.

Yangon in Myanmar retains a high number of British colonial-era buildings, each one a testament to the decades of European rule that transformed this former Mon stronghold into a showpiece for Empire. Examples include the City Hall building, the High Court Building and the gigantic Ministers Building.

Toward the river quay, Strand Road offers several further examples of fine British colonial architecture, including the Customs House (one of the city’s best-preserved colonial buildings) and the Strand (a grand hotel founded by the same family that founded Singapore’s Raffles Hotel).

Finally, Singapore: a crown jewel in Britain’s Straits Settlements, this port city was planned by Stamford Raffles himself, with different districts allotted to Singapore’s main ethnic groups. Each of these ethnic enclaves now displays a distinct personality of its own, from Chinatown’s well-preserved shophouses to Kampong Glam’s Middle-Eastern feel.

The Heritage District – the former political and business enclave of the British in Singapore – retains a number of centuries-old buildings that the government has slated for adaptive reuse, including the Singapore City Hall and the Victoria Theatre. 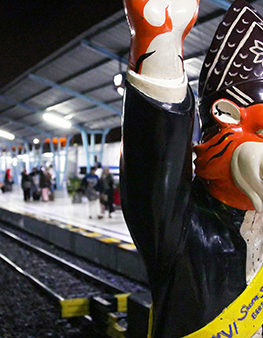 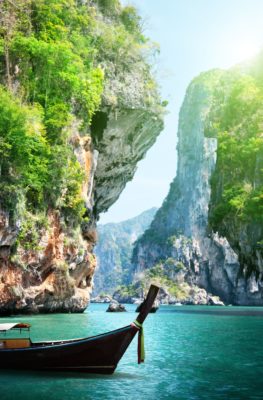