Divers Down in Southeast Asia

When it comes to scuba diving, Southeast Asia offers world-class quality, easy accessibility, and value-for-money. Scuba divers the world over tend to agree. Here we summarise the ocean diving potential and reality in each of the 10 ASEAN nations.
Brunei Darussalam: Scuba diving in Brunei is on the up. The small ASEAN nation boasts 4,500 hectares of reef; home to a wide variety of tropical fish and coral. Brunei offers coral pinnacles, drop-offs, shipwrecks, and even disused oil rigs for a bit of variety. Notable dive sites include Brunei Patch, Iron Duke Shoals, Ampa Patch, Louisa Reef, Princess Avenue, Clownfish Avenue and Burn’s Patch. An oil rig can be explored at Two Fathom Rock. Best dived between March and November, Brunei offers dive sites for all experience levels. Sources: ScubaPlex, Brunei Bay.
Cambodia: Diving is a relatively recent development in Cambodia, but the untouched coral reefs of the Koh S’dach Archipelago are described as “a hidden jewel”. Among the established dive sites there are those suitable for all levels. As is often the case throughout ASEAN, the very best dive sites feature strong currents, and if you want to participate in exploratory diving to uncover new sites, you will require advanced certification. The best time of year to dive is between November and May. Source: Scubaadviser.
Indonesia: Positioned between the South China Sea, the Pacific Ocean, and the Indian Ocean, the world’s largest archipelago of more than 17,000 islands is a hub of marine biodiversity. Most of Indonesia’s 54,000 kilometres of coastline has yet to be explored by divers. Even so some of the world’s best diving has already been discovered. North Sulawesi, Komodo, Lombok and the Gili Islands are highlights according to PADI. In 2011, CNN selected four Indonesian sites – Tulamben in Bali, Komodo Island, Raja Ampat Islands, and Derawan Islands – among the 10 best in Asia. Most of Indonesia is best dived between May and September. Source: PADI, CNN.
Lao PDR: Take a break from your BCD in Lao PDR. The country is landlocked, so there is no ocean diving to be had here!
Malaysia: Malaysia is regarded one of the world’s top dive destinations, with a variety of underwater landscapes including sloping reefs, pinnacles, and coral gardens as well as a healthy mix of deep, drift, wreck, cave, and wall dives. PADI identifies Sabah’s Sipadan and Mabul islands as well as Perhentian, Redang, and Tioman Island off the east coast of the Malay Peninsula as highlights. The best time of year to dive the east coast of the Malay Peninsula is between February and November; all year round in Sabah state. Source: PADI.
Myanmar: As a frontier dive destination, Myanmar is rapidly evolving. Many of the established dive sites remain pristine and the offshore reefs of the nation’s 800 islands are bound to throw up a few surprises in the years to come. The Burma Banks are a series of submerged seamounts in remote waters 180km northwest of the Similans. Sharks and large pelagic species are the main attractions of this spectacular site. The months between December and April offer the best dive conditions in Myanmar. Source: Scubaadviser.
Philippines: Philippines’ 7,107 islands and 40,000 square kilometres of coral reef earn it recognition as a divers’ paradise. PADI identifies the most popular areas as Palawan, Puerto Galera, Boracay, Dumaguete, and Malapascua. It also offers world-class wreck diving at Subic Bay. PADI implies that there are plenty more Philippines dive sites yet to be popularised or even discovered. Best conditions for diving are between November and June. Source: PADI.
Singapore: Believe it or not, despite its proximity to one of the planet’s busiest shipping lanes, the city-state of Singapore boasts a respectable dive site at Pulau Hantu. This is evocatively described by Andrew Taylor for the Sydney Morning Herald.
Thailand: With more than 1,931 kilometres of coastline along the Gulf of Thailand or the Andaman Sea, Thailand offers all-year diving: May through September in the Gulf of Thailand; October through April in the Andaman Sea. Due to the Land of Smiles’ status as a mainstream tourism destination, there are many qualified dive masters and instructors in each of the premier diving hubs, offering great value-for-money for beginners. There is plenty of competition too among live-aboard dive boats based out of Phuket providing enthusiasts access to world-class dive sites in the Andaman Sea. Source: PADI.
Viet Nam: Hon Mun Marine Park, accessible from Nha Trang on the central coast of Vietnam, is a huge draw for visitors and is possibly Viet Nam’s best known dive areas. Around the mass of small islands in the south, find pristine hard and soft corals; home to a huge variety of small colourful reef fish. The mysterious dugong has been sighted here. The north is also teeming with small reef fish, perhaps because sharks and large pelagic species are rare in Viet Nam. Visibility is acceptable year-round. Source: Scubaadviser. 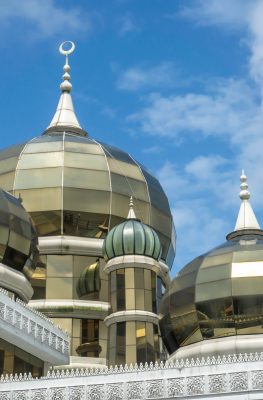