When Formula One (F1) fans think of Southeast Asia, Malaysia and Singapore immediately come to mind. Malaysia has been on the FIA (Fédération Internationale de l’Automobile) F1 schedule since 1999 and Singapore from 2008. As for drivers, Malaysian Alex Yoong stands alone. However, a Bangkok Grand Prix (GP) was slated for 1939, and the region’s first F1 star was Thailand’s Prince Birabongse, who entered is first GP in 1935. “B. Bira” was a rising star, winning Monaco in 1936, but the FIA suspended the Bangkok race because of World War 2, and Bira’s once promising career, faded.

The FIA’s World Championship for F1 restarted in 1950, with Malaysia’s Sepang circuit hosting Southeast Asia’s first Grand Prix in 1999. Singapore followed in 2008 with its unique race beneath the lights. The F1 entry lists were void of Southeast Asian drivers until Yoong jumped into the cockpit in 2001.

Facilities, special lighting and seating for the 90,000 spectators at the Singapore street circuit are annually set up and dismantled.  The tight, 24-turn, 5.07-km (3.15 miles) track winds through Marina Bay on everyday roads, slightly modified for racing, with almost no room to overtake.

F1 has always been a rich man’s sport, but until the 1990s, spectators were mostly hardcore race fans standing trackside and focussing on technology and driving style. However, Singapore’s glitzy race encompasses concerts, high-society functions and carnival-like amusements. Sepang is a fan’s race with support races running from morning until late afternoon.

Unlike Sepang and Singapore, European tracks are steeped in tradition and follow the natural terrain. Challenging corners like Eau Rouge at Belgium’s Spa-Francorchamps, Monaco’s tunnel and Monza, Italy’s Parabolica are famous. Unfortunately, newer circuits like Sepang have been labeled “predictable”, and have few elevation changes.

Singapore’s race is set up for corporate hospitality with special suites and the Formula One Paddock Club. About a dozen grandstands line the track, mostly on the straight sections. Prices for the three-day GP span S$1,488 for a seat over the pits to S$188 for a “walkabout” pass. The best overtaking spots are Turn 1 at the end of the start-line straight. Overtaking also occurs at Turn 7 at the end of Raffles Boulevard and at the re-profiled Turn 14 at the end of the Esplanade Bridge.

Sepang is a mix of corporate suites in the “Mall” that include the start-finish line straight and a tight hairpin. Grandstands abound, many offering views of half the track. Three-day prices range from RM2,600 in the Mall to RM100 for a non-covered stands. The best view for overtaking and the best bargain is the hill overlooking Turn 1 after the long pit straight.

Getting a room near the track is difficult and possibly expensive. Singapore has six 5-star hotels bordering the circuit and another dozen nearby, but are often fully booked months in advance. Public transport provides easy access, and the KL Airport’s proximity to Sepang places over a dozen star-rated hotels within minutes of the show. Hotel rooms in Kuala Lumpur, however, are more than 45 minutes away, though there are plenty of convenient transportation options.

F1 fans traveling in Southeast Asia during the Malaysian or Singapore GPs can find plenty of flights, but is a trip from Europe or the Americas worth it? Why not? F1 is after all the pinnacle of motor sport.

Malaysia-based Air Asia’s CEO Tony Fernandez has purchased the defunct but historic Lotus team, and is currently constructing a car for the 2010 season. His aim is to build a factory in Malaysia, use local parts and hire mostly domestic staff from car designers to drivers.

Vientiane-based Bernie Rosenbloom writes for TTG Asia, PATA Compass, and EcotourismLaos.com; and he co-authored The Responsible Tourism Guide to Cambodia, Laos and Vietnam. 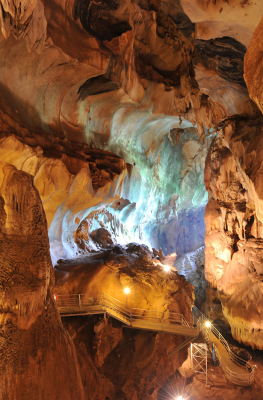 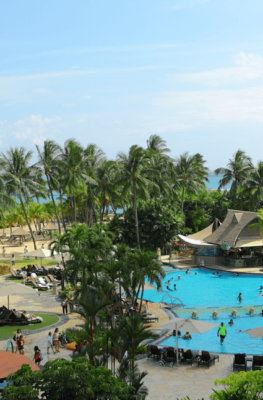 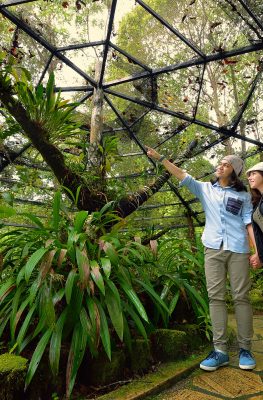 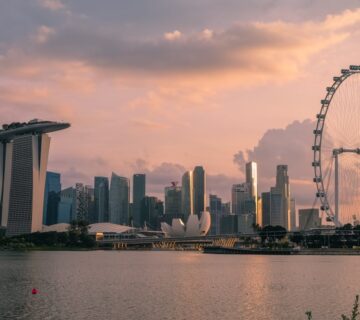