When your travel bug demands you pick up a surfboard and head on out to Southeast Asia, we’re certain you have one island on your mind, to the exclusion of all else.

Bali’s so prominent as a surfing destination in Southeast Asia, that in a newly-collated top ten list of surfing spots in the region, this island in Indonesia occupies the number one spot all by itself, ahead of the rest of Indonesia in number 9.

But the sea doesn’t end at Bali; the waves crest over many, many other surf breaks throughout Southeast Asia. We took the top 10 list and decided to take a closer look at the very top and very last: Bali and the rest of Indonesia, and the Philippines – an up-and-coming surfing destination that’s also garnering a bit of the surfing spotlight.

We talked to two consummate surfing professionals – Gemala Hanafiah, a professional surfer based in Indonesia; and Elaine Abonal, a certified surfing instructor based in the Philippines – to help us make sense of our options.

Indonesia: At the Crest of the Wave

Professional surfer Gemala Hanafiah is proud to call Indonesia her homeland; the country’s surfing spots serve as both playground and office. All because Indonesia’s surfing destinations have everything she can ask for: “The character of the waves that suit my skill and style; the atmosphere of the place; also safety,” she explains.

It’s safe to say that a good proportion of the over 12 million tourists who visited Indonesia in 2016 came to chase the waves. Gemala surmises that Indonesia’s top surfing spots look for the same things she seeks: “The form of the waves, mostly reef break; [and] the constancy of the waves (breaks almost every day in a year).”

Bali remains the runaway favorite for international surfers. Throughout the island’s peak season from April to October, the southern part of the island alone attracts thousands of surfers and surfing students for its forgiving beach breaks and attached party scene. Not to mention, as Gemala reminds us, “there are many surf schools there to choose.”

Personally, Gemala visits Bali to surf at her favorite spot, Airport Rights –  “It located just beside the airport runway,” Gemala tells us. As the waves on Airport Rights break further out in the sea, avid surfers like Gemala need to hire a boat to take them there.

To get away from the crowds in Bali, Gemala recommends a few other Indonesian surfing hotspots on other islands:

Rote Island, south of Timor Island southeast of Bali, is Gemala’s favorite out-of-the-way surfing destination – she particularly favors “Bo’a Beach, located not far from Nemberala village in the south,” Gemala blogs on her site. “Bo’a has a good wave quality, with a distance not too far from the mainland.”

If you could visit only one surf spot on Rote, Gemala recommends Besialu, “one of the best lefthanders in Indonesia,” she says. If Rote’s surf spots have one downside, its best waves “lead to the left,” Gemala says – her regular stance is a liability here. Read about Rote on the official Tourism Indonesia website (Indonesia language).

The Mentawai Islands, located some 150 km off Western Sumatra, is next on the radar for the world surfing community. “[They consist of four] main islands: Siberut, Sipora, North Pagai and South Pagai, as well as several small island islands which are surrounded by about 40 surf points,” Gemala blogs on her site.

If you can manage the high cost of visiting Mentawai and its surf spots (“Waves in Mentawai are spread far apart, so the best way to visit is on a LOB (live on board) boat”, blogs Gemala), you’ll find some primo surfing opportunities at your disposal.

Gemala loves the Macaronis surf spot on North Pagai Island in Mentawai. “I was amazed by the perfection of the wave shape, with super duper consistent left waves,” Gemala writes. “[It’s] based on a fairly shallow reef, ensuring the shape of the Macaronis waves is always perfect.” Read about the Mentawai Islands on the official Tourism Indonesia page.

Many of these islands are accessible through this ASEAN Top Experience: cruising the Indonesian islands from Bali to Flores.

With the ever-increasing tourist tide to hot Southeast Asia surfing destinations like Bali, the Philippines has benefited from the overflow.

Hollywood brought surfing to the Philippines: Francis Ford Coppola shot Apocalypse Now around the Philippine town of Baler, and used the local surfing spots for a memorable scene in the movie. Locals learned to surf on the boards left behind by the crew, and the sport took hold from then on.

Not fast enough, if you were to ask aficionados like Elaine. “It’s growing slowly,” she tells us. “In terms of surfing in the Philippines, we’re still a baby compared to Hawaii or Australia. There’s still so much to develop.”

Baler has since been joined on the Philippines surfing map by two other local biggies – Siargao Island and La Union. Ease of transport is one reason for the surge – “It’s easier for people from Manila or other countries to go to the top three,” Elaine says – but the Philippines’ top three don’t stint on the excitement either.

La Union in the Philippines’ Ilocos Region north of Manila is close to Elaine’s heart – “that’s where I first started surfing, and that’s where surfing really took off,” Elaine tells us.

Buses connect Manila to La Union on a regular basis, making this town a favorite for surfing students. “It’s really good for beginners, because it’s got a sandy bottom [and a] beach break,” Elaine explains. It’s not just for newbies, though: “For me, it’s the country’s best for longboarders,” Elaine says. Read about La Union on the official Philippines Tourism page.

Baler in Quezon Province is even closer to the Philippines’ capital, with a good mix of surf spots that appeal to every segment. “It’s a good mix of advanced surfers and beginner surfers that can go there,” Elaine explains. “There’s parts for longboarding, and then there’s also parts for shortboarding.”

Baler has more going on than just the surf, Elaine tells us. “There’s so much nature going on in Baler – you can also go hiking in the mountains, and then you can camp somewhere, it’s very pretty,” Elaine explains.

“It’s also closer to Manila, so there’s more Manila-based people who are moving to Baler to set up businesses. It’s more convenient for travelers who want to try surfing but don’t want to get too hassled.”

Siargao Island in Surigao del Norte is Surfista Travels’ home base, and Elaine’s own backyard. Unlike La Union and Baler, Siargao’s waves put up a fight. “I tell the people, it’s reef breaks, the waves are faster and stronger, there’s more power,” she tells us.

Its greater distance from Manila isolates Siargao from most of the development you find in the other two sites – which is all to Siargao’s benefit. “Siargao is so photogenic, it’s clean with not so many buildings, it’s still very ‘islandy’,” Elaine says. “When you get out of the resort it’s very provincial, there’s chickens and pigs and local life around.”

The increasing media coverage certainly hasn’t hurt the island’s prospects. “Everyone’s looking for something new – and Siargao is the new surf spot that they have to try in Asia,” says Elaine. Read about Surigao del Norte on the official Tourism Philippines page.

Take advantage of these ASEAN Philippines deals for a closer look at these surfing spots and other prime Philippine tourist sites.

Best Nature Spots in the Philippines 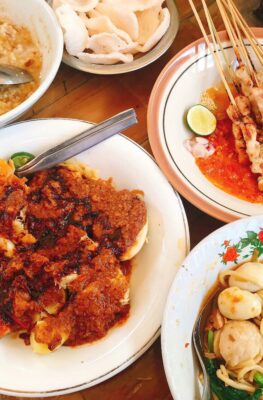 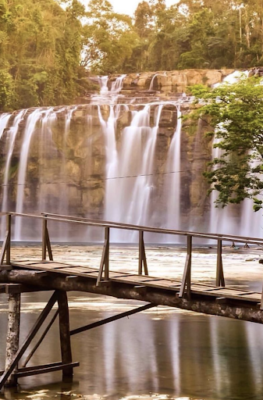 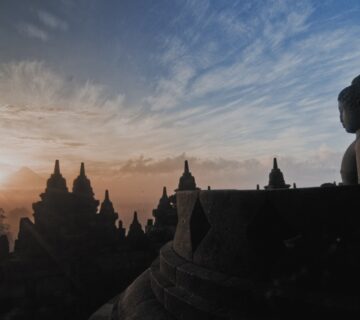 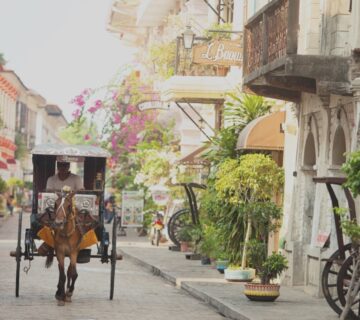 Best Nature Spots in the Philippines