Hit the Trails of Sarawak and Sabah

The jungle and mountain trails around the eastern Malaysia states of Sarawak and Sabah delve deep into some of the world’s oldest and wildest tropical ecosystems. With expert trekking guides by your side, you’ll punch a ticket into natural adventure like few other places can offer.
Every trail has something different in store.

Sabah’s Kinabalu National Park offers a series of marked trails, but its most popular hike winds all the way up to the summit of Malaysia’s highest peak, Mount Kinabalu.
The landscape changes drastically as you ascend, moving from tropical lowlands to sub-alpine at the summit, 4,095 metres above sea level. The panoramic view of Borneo and the ocean, seen at the very top, is worth the exhausting effort.
The Kinabatangan River experience can be combined with visits to nearby natural attractions: Gomantong Caves and the Sepilok Orang Utan Sanctuary.

The assembled tour puts you face to face with Sabah’s exotic creatures: the orangutans in Sepilok learning to go back into the wild; the proboscis monkeys hooting from the trees as you cruise or walk by; and the occasional sighting of crocodiles, hornbills, Asian elephants and Sumatran rhinos.

Over at Sarawak state, the Similajau National Park combines the best of rainforest and coastal habitats: a 90-square-kilometre strip straddling the best of both worlds. One trekking trail follows the coastline, branching off into a number of side trails into the interior. Dipterocarp forests soon lead into rock pools and turtle beaches.
Large animals, including gibbons, mouse deer, and civet cats make an occasional appearance, as do some of Similajau’s 185 endemic bird species. By the sea, you’ll find hawksbill and leatherback turtles laying their eggs, and odd-shaped horseshoe crabs going about their business.

The Gunung Mulu National Park offers a variegated landscape of mountain ranges, raging waterfalls and underground caves, but its bestselling attractions can be found at the extreme heights and underground depths of the park.
For visual impact, few sights beat the cluster of sharp limestone spires known as the “Pinnacles”, rising 40 or so metres above the forest floor. To get to the Pinnacles, you’ll need to devote about three days to an arduous mountain trek; it’s not for beginners, so check your fitness level before you make a commitment.
Far below, Gunung Mulu’s caves include the world’s largest cave chamber, Sarawak Chamber – its interior covers 9,500,000 cubic metres, enough to fit 40 Boeing 747s!

Similar Southeast Asia Experiences
If you’re interested in trekking through Southeast Asia’s unspoiled wilderness, take on these other trails elsewhere in Southeast Asia: the routes between Makassar and the Tana Toraja heartland in Indonesia; hiking through Ulu Temburong in Brunei; visiting Sapa in Vietnam; and ascending the Rice Terraces in the Philippines.

The Most Exciting Places to Visit in Southeast Asia 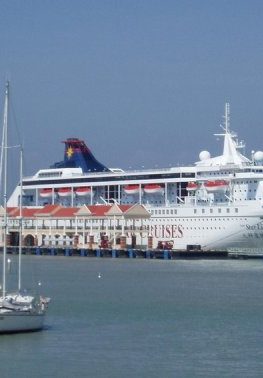 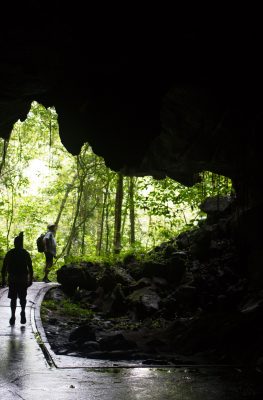 The Most Exciting Places to Visit in Southeast Asia