Bau Nyale: The Annual Sea Worms Festival on the island of Lombok

The island of Lombok will once again celebrate the age-old tradition of Bau Nyale or catching the Sea Worms Festival in the forthcoming month. This year, following a meeting of the council of government officials, traditional community leaders and keepers of the four cardinal directions, the event will be centered at the Serenting Beach, Kuta village, Pujut District, from 19th to 20th February 2014.

The Sasak people of Lombok in West Nusatenggara celebrate this special ritual annually, on the 20th day of the 10th month on the traditional Sasak Calendar, which falls around February each year.  Bau in the Lombok language means “to-catch” and Nyale is a type of sea worm that surfaces only around this time of the year. Therefore, Bau Nyale is the festive ceremony when large crowds catch the Nyale along a number of Lombok’s finest beaches.

The festival will not only involve the local Sasak communities, but also local government officials, tourists and observers who are welcome to join in the celebrations.

The locals believe, that the Nyale are not just regular sea worms, but are considered as sacred creatures that bring prosperity to those who honor them, or misfortune to those who ignore them. This belief is based on a legend of princess Mandalika.

Legend has it that back in Lombok’s  heydays, there lived a beautiful princess named Mandalika. Stories about her beauty reached every corner of the island; so that many princes fell in love with her and were eager to wed her. Competing to win her, they created an upheaval throughout the island. Seeing this, the princess was saddened and longed for peace in the land. To end the chaos, Princess Mandalika threw herself into the sea. Her people tried to rescue her body, but found instead an abundance of sea worms, known today as Nyale. Thus, Nyale are believed to be the reincarnation of Princess Mandalika. To this day the Nyale appear once a year on the beach, and are considered as the once beautiful princess who pays a visit to her people.

As always, the festival will be highlighted with various traditional competitions such: as bekayaq, cilokaq, peresean, begambus, berbalas pantun (traditional rhyme dueling competition), and boat rowing competition.  As a grand event for the people of Lombok, the Bau Nyale festival also presents various art performances, such as: the Wayang Kulit(Leather puppets Show), and the theatrical play on the legend of the Nyale Princess.

The Nyale festival is also known on the neighboring island of Sumba, where the ceremony is followed by the Pasola Jousting Festival. 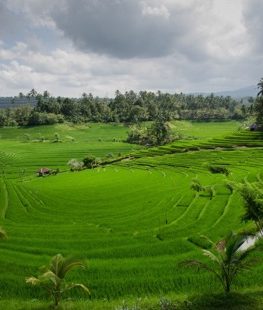