Hoi An lit with lanterns at night, Vietnam. Image courtesy of Jona Bering.

Historic towns don’t struggle against modernity, but find a precarious (if charming) balance between the past and present. Explore the narrow streets of these ancient, but still bustling, historic settlements, and find yourself walking back in history:

Located in Vietnam’s central coast, Hoi An preserved its old coastal beauty despite the chaos of the 20th century. The river’s siltation ironically saved this former trading town from the worst of the conflicts of the last few decades.

Hoi An’s small streets reflect the influences that made it unique: wooden Chinese shophouses, French colonial buildings, and classic Vietnamese tube houses line the alleys, many looking very little-changed over the centuries, with the exception of the abundance of tourist shops and tailors.

One of the oldest towns in Cebu, Carcar is known as the central Philippines’ best-preserved heritage destinations. It houses several examples of Spanish and American architecture that survived through the centuries.

Carcar’s museum, for example, was a former hospital for children. Other noteworthy examples of colonial-era architecture include the Church of St. Catherine of Alexandria and the Mercado Ancestral Home. Beyond old houses, Carcar is also known for its lechon (roast suckling pig; a favorite of many Filipinos) and centuries-old rain trees that shade the local roads.

A small port town and a scuba diving destination, Padangbai is overlooked by many who think of a typical Bali adventure. Travelers mostly remember it for its regular ferries to the neighboring Gili Islands.

But travelers who want to find out more about this coastal town should spend at least two nights in this place – they’ll find their curiosity amply rewarded.

True to its coastal village charm, Padangbai offers a few secluded beaches worth killing time in. Blue Lagoon Beach, a secret cove, is carpeted in soft white sand. Vibrant fishes and passing turtles are some of the marine delights you can experience in the lagoon. Afterward, visit Bias Tugal Beach located by the main port for a quick dip.

Located in northwest Malaysia, Taiping is a secret gem that prides itself for its well-preserved colonial architecture.

It is home to the country’s oldest wet market, which was built in 1884, and it is also where you can find the first museum of Malaysia—the Perak Museum—which was constructed in 1883. One of the trip highlights in Taiping is the massive Taiping Lake Gardens, a public park established on the old tin mine in the 1800s.

With a more extensive itinerary at your disposal, you can check out these other old towns in other parts of Southeast Asia.

Kampong Ayer in Brunei may be actually over 1,000 years old, though its structures are of more recent vintage. Walking tours of Kampong Ayer can be included in boat trips around the parts of Bandar Seri Begawan facing the river and bay.

Yangon in Myanmar reportedly boasts of having the highest number of British colonial-era buildings in Southeast Asia. The city grid from the river to Mahabandoola Park pop with buildings dating from the 19th to the early 20th century, including the Secretariat (Ministers Office), Yangon City Hall, and the Strand Hotel.

Singapore’s Chinatown combines ancient with the extraordinarily new: old places of worship like the Fuk Tak Chi Temple and the Sri Mariamman Temple rub shoulders with newer landmarks like the Buddha Tooth Relic Temple and the People’s Park Complex.

The streets are filled with traditional shops and markets, as well as cool stores and cafes. And to fully appreciate Singapore’s migrant ancestry, explore the experience in depth at the Chinatown Heritage Centre. Read more about Singapore’s Chinatown. 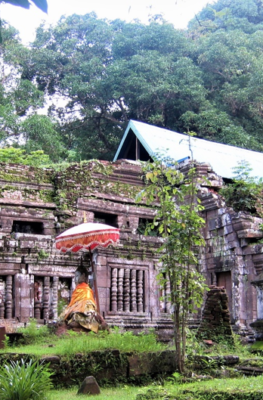 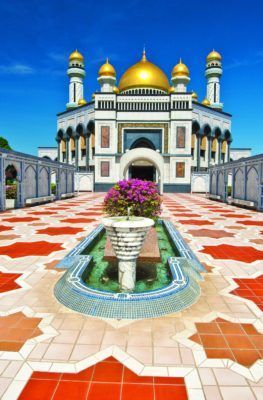